Here are some useful tools for beginners to Axie Infinity.

It is a site that automatically calculates how much damage will be done when Axie attacks.

You can check the total amount of damage at Total Damage.

The developer is Mr. Kogoro (You can see the details in this note)

It is a site that counting the energy of Axie. 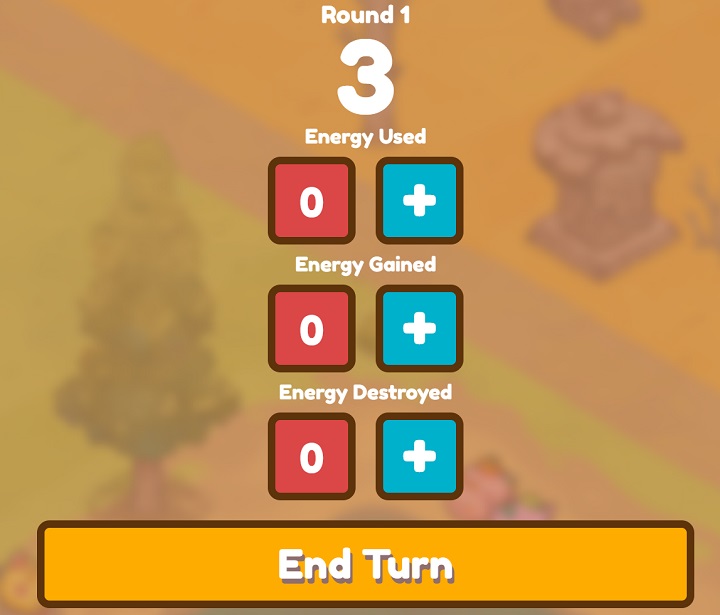 Energy used = number of used energy during the tern

Websites that can be used when bleeding

You can check the genetic information of Axie with Google’s extension tool.

By hovering the mouce pointer over the States part, the Axie gene will appear automatically. 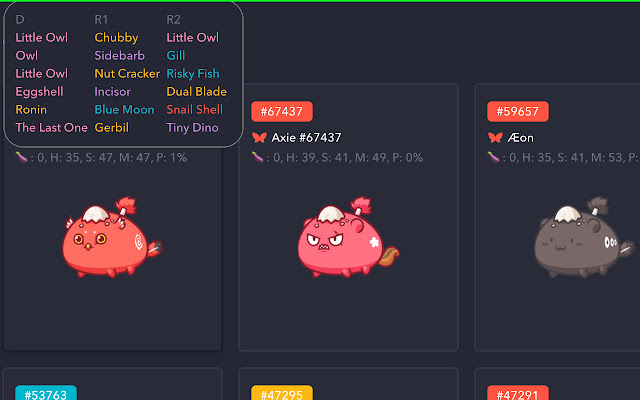 D = dominant gene = gene that is easily inherited by bleeding eggs (about 37.5%)

R1 = recessive gene = gene that is difficult to be inherited by bleeding eggs (about 9.38%)

R2 = recessive gene = gene that is difficult to be inherited by bleeding eggs (about 3.13%) 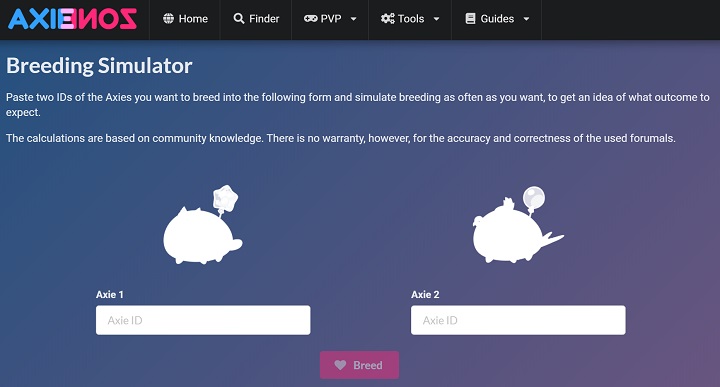 The result of Axie you want to bleed will appear with the illustration. 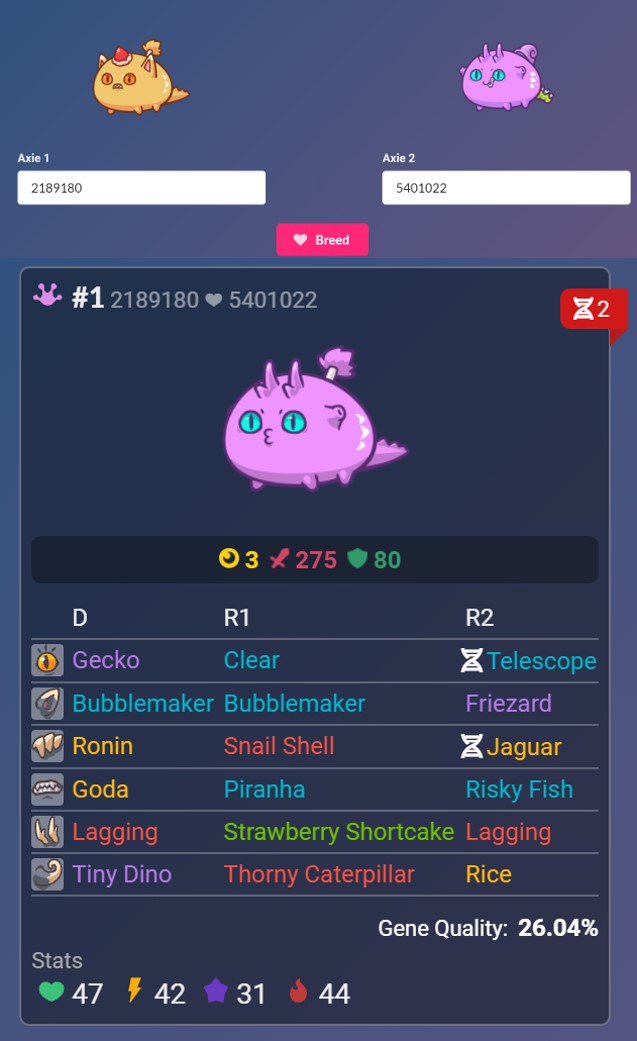 By entering the ID of the Axie you want to bleed, you can see the probability of which one will be inherited for each part. 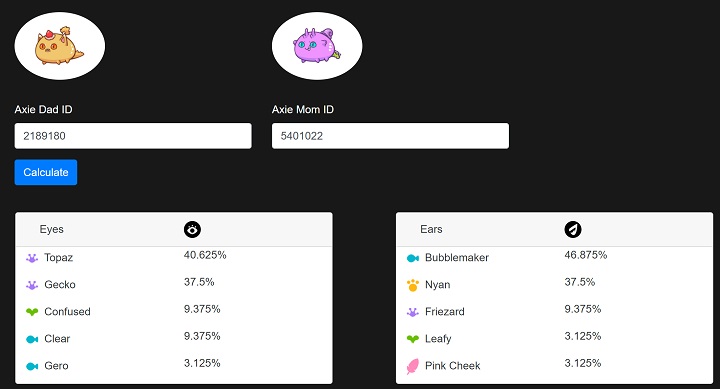 A site that is known for the trend of Axie 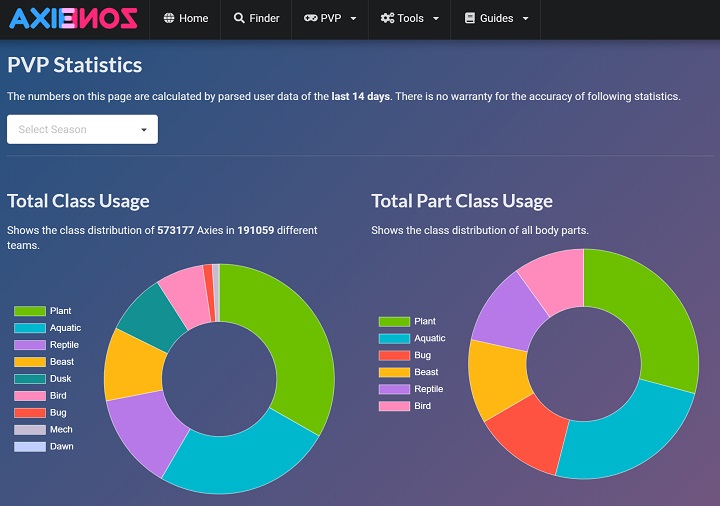 On this website, you can see the percentage of which attribute Axie is used,

You can see the attributes of Axie, which has a high winning percentage, and you can see which cards are often used.