What is Axie Bleed? Basic knowledge for bleeding the desired individual

Bleed is to create a new Axie using two Axies.

If you are interested in the word bleed and have searched for it,

Isn’t it a problem?

If you do not understand the basic idea

・ About bleeding, I proceed uncertainly and fail.
・ I can’t bleed the Axie I wanted
・ I can’t earn

It will be (crying)

This time to avoid such a situation

・ People who first heard the word bleed
・ People heard that you can make money by bleeding on Twitter, so want to try it themselves

I will explain the basic idea of bleeding toward!

Bleed is the mating of two Axies to create a new Axie.

About the characteristics of Axie

There are 9 types of Class (attribute) of the main body of Axie.

[Attributes and their characteristics]

About 6 types of parts

[Parts affected by each Body Parts]

Each card has various effects, and you can activate specific effects such as attack and health recovery during the battle. 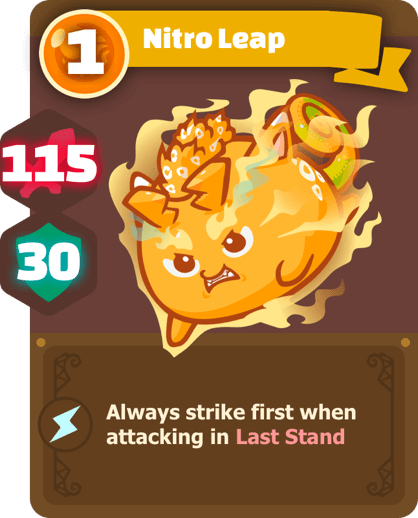 Here’s how to read the Ability Card!

Which skill card you can use depends on which body parts you attach, so it is important to choose carefully.

Before that, why do everyone bleed? I will also explain about.
The reasons for bleeding vary from person to person, but most of them are.

* Marketplace is a place where you can buy and sell Axie
URL: https://marketplace.axieinfinity.com/

Certainly, you can earn money and get the Axie you want.
However, there are some caveats, so let’s start with an understanding!

Axie is bought and sold at the marketplace (URL: https://marketplace.axieinfinity.com/ ).

You might ask, “What if it doesn’t sell?”, But you need at least three Axies to play Axie Infinity.
In order to start the game, you need to buy 3 Axies to start, so the demand to buy Axie will be in demand until Axie becomes less popular.

One thing to keep in mind is that not 100% of Axies with the characteristics you want to bleed will be born, so if you bleed, you will not be able to earn 100%.
It is important to have enough funds.

As you get used to it, some people will want to try “Isn’t it strong if you put an Axie with such characteristics in the composition?” Instead of the popular Axie.

In fact, looking at the Axies of the top arenas, there are many cases where the original Axies are used instead of the template configuration.
In the arena, the mainstream is not to use the three Axies in a fixed manner, but to change the composition and fight in various tactics.

However, please note that the card balance may be adjusted when the season * is reached.

What is the season?
A ranking battle in which players compete for the number of points they earn in a system that increases points and loses points when they win in an interpersonal battle.

The number of times you can bleed is fixed

It is decided that you can bleed up to 7 times per body .
Please note that if you want to bleed, you will need to purchase a new Axie!

Bleed has the necessary items

You know that you need two Axies because you’re mating Axies.
It is necessary to pay attention to the gas fee and SLP.

The quantity will vary depending on the situation, so prepare in advance based on the following sites and tables before bleeding!

Reference: How to check the gas bill

This site is recommended for gas charges to calculate the required expenses!

The number of SLPs required for bleeding depends on the number of bleeds.
This SLP will be applied to each bleeding parent Axie.

Heredity is determined by probability, so it depends on luck

The six parts and stats are determined by a certain probability.
So I want to bleed this Axie! It depends on your luck.

It is not always possible to bleed the Axie you want at one time, so let’s bleed patiently!

About the inheritance of 6 parts

Each of the six parts consists of three genes.
A rule that has dominant (D) and recessive (R1 and R2) and is inherited with probability.

Since it has a 50% probability, it inherits the class of either parent Axie.
If you want to be sure to bleed an Axie of a specific attribute, you can bleed 100% by bleeding an Axie of the same attribute!

I explained that heredity is determined by probability, but there are extensions and sites that can simulate bleeding results based on that number.

Let’s simulate in advance so that it doesn’t mean “Oh, did you bleed a completely different Axie than you expected ?!”

Simply hover over Stats on the marketplace to see genetic information!

With FREAK’S TOOLS, you can simulate what kind of attributes and parts an Axie will be created by entering the Axie ID.

Conclusion: Understand bleed and try it once!

I explained the basic idea of bleeding!
However, even if you understand it, when you actually try it, you often notice that “I didn’t understand it properly!”, So please try bleeding once!