In this article, I will give you basic information about the damage and shield required when actually fighting.

What you can find in this article?

NANA
People who can’t beat the other person well should feel this article is very helpful!

When playing Axie, something is displayed on Axie’s head! ?? You may come across such a scene. 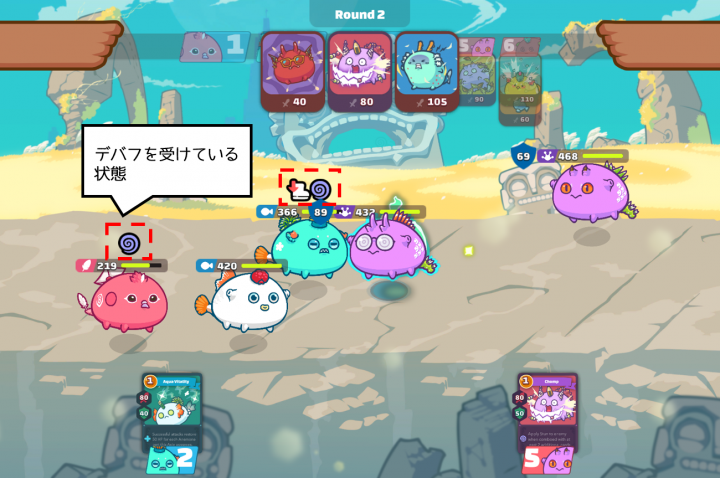 This often leads to mistakes in Axie’s attack and scraps of HP …
This abnormal condition is called debuff . (On the contrary, it is called a buff to catch it in a good way such as speeding up)

This time, let’s remember these debuffs and use them for battle.

Axie does more than just make the attacks that appear on the card.

It is characterized by the effects of the card, skills, and how to receive attacks.
First, let’s check the type. 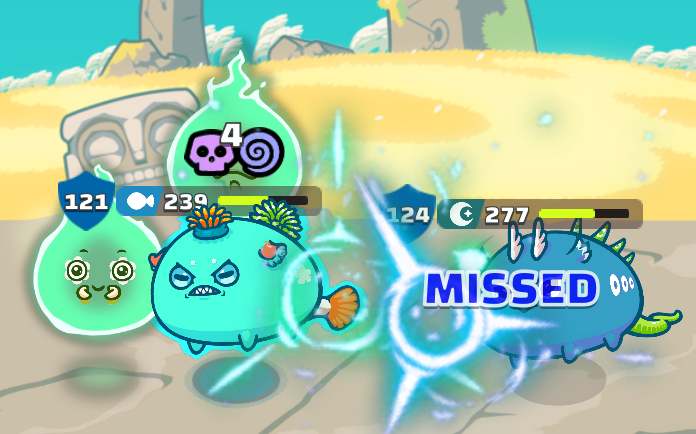 It happens when a debuff stun or fear is attached. 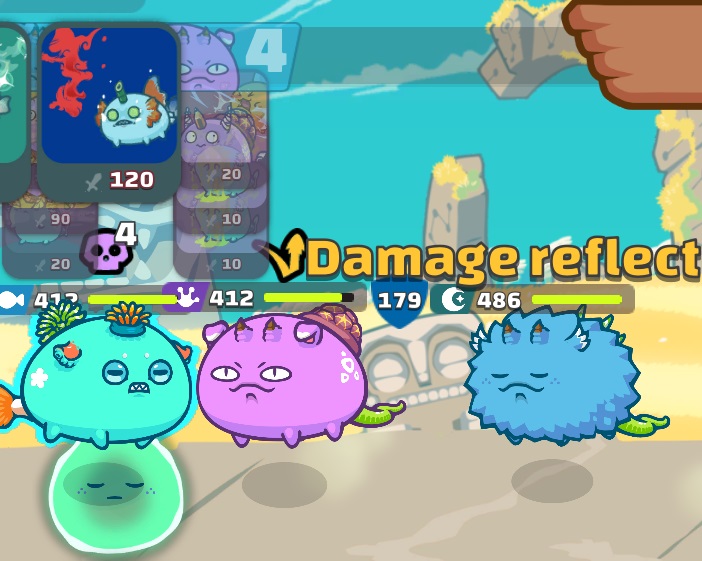 When attacked, return tens of percent of the damage received to the opponent.

Applies to Axies who have an INDIAN STAR card 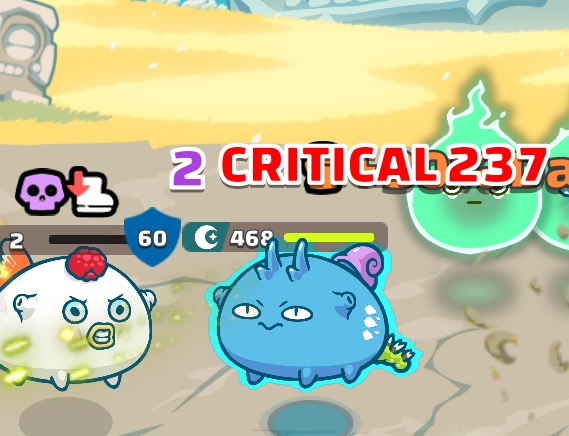 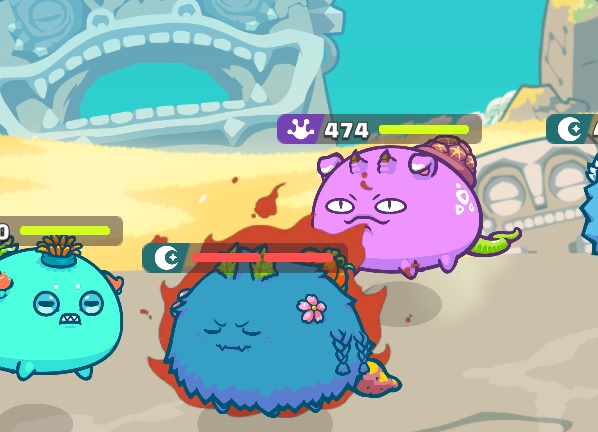 If HP is killed at the last minute, it may survive as the last stand.
In the case of + in the following formula, it can be the last stand ⇩

It disappears when the action is performed for the number of last stands.
(Since there are two bars on the dusk in the photo, they disappear in two turns)

* However, it disappears once when it is attacked.

There are three things to keep in mind when calculating damage. This will change the damage.

There is a compatibility bonus depending on the class (attribute) of the main body.
It has a trilemma relationship, and the attack power is increased by + 15% for advantageous attributes and -15% for disadvantaged attributes . 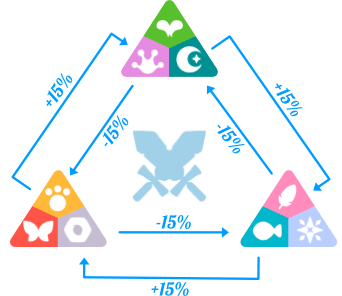 If you use a card with the same attributes as the main body, it will have a + 10% effect.
(It is reflected in both attack power and defense power)

For example, this plant. 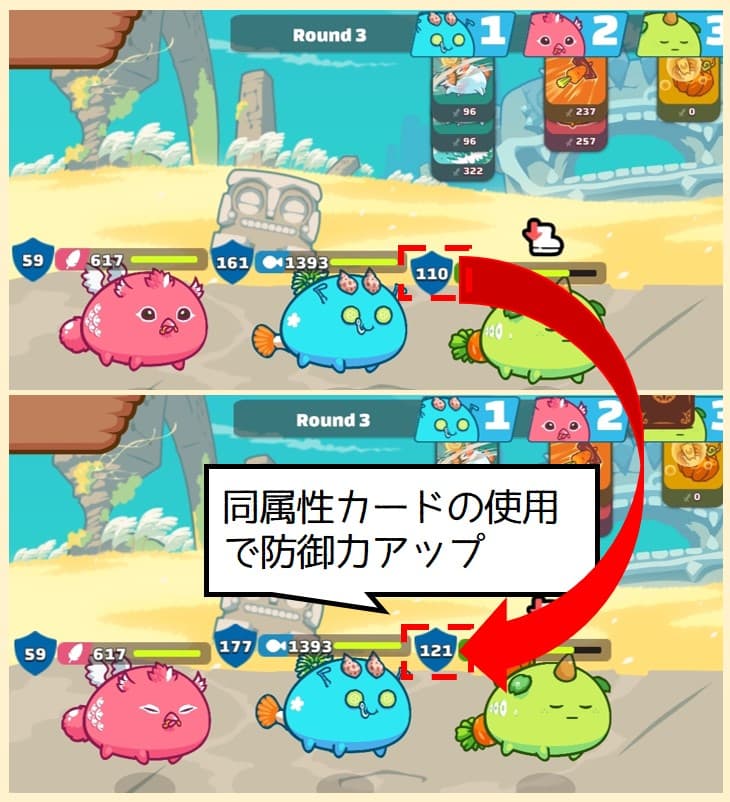 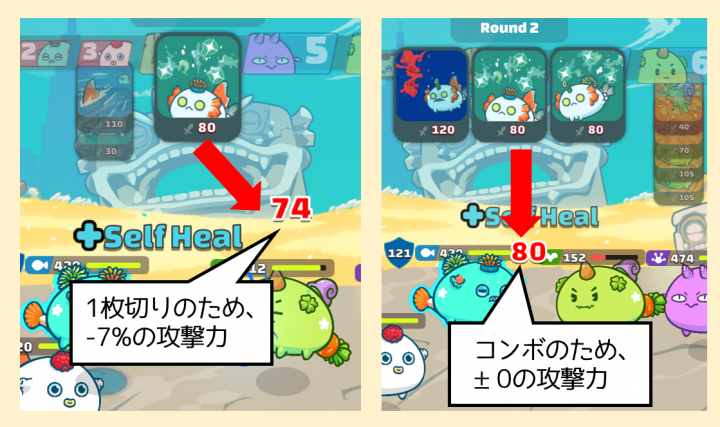 In order to increase the attack power, it is recommended to cut with 2 or more as much as possible.

This is related to the compatibility of the attributes with the attacking opponent.

① If you are good at attributes ➡ 30% increase

② In case of the same attribute ➡ 15% increase

③ For attributes that you are not good at ➡ ± 0

It looks pretty complicated, but it’s necessary to get used to it because it’s almost remembered when you use the same Axie.

There is also a site that calculates automatically, so I think you can use it ☺

By the way, some cards are effective only in combos, so you need to check them.

If you want to know other cards that can be activated under the condition of combo, please refer to this article as well.

If two or more Axies use cards with the same attributes in the same round, they will form a chain and the effect will increase and activate.

The previous plant. If there is only one, the same PUMPKIN should be 121, but since other Axies also use cards with the same attributes, the attack power has increased to 121 ➡ 127. 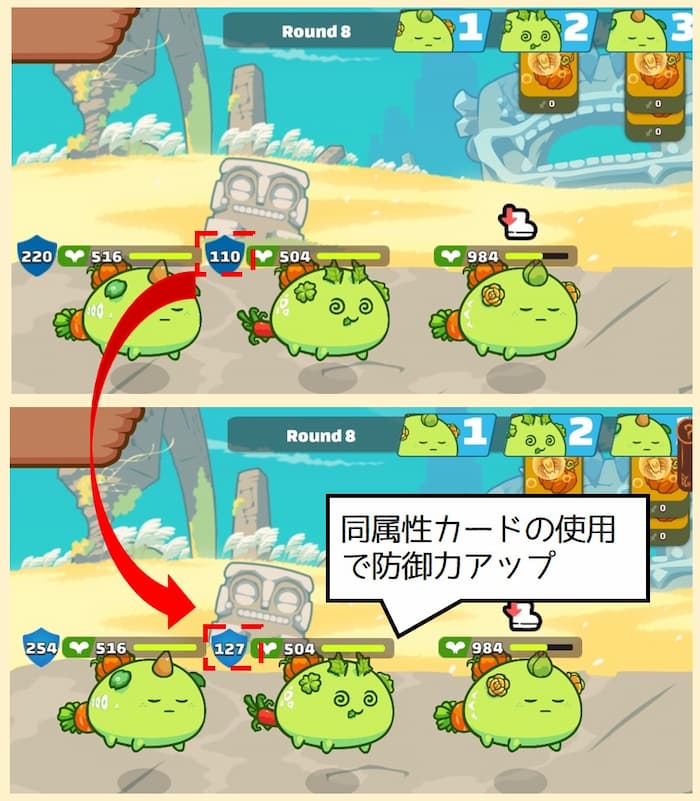 Check that some cards require a chain to activate the effect.

If you want to know other cards that can be activated under the condition of the chain, please refer to this article as well.

The point of Axie is that just cutting the card does not give the attack / defense power according to the numerical value of the card.

Let’s definitely defeat the opponent while considering the compatibility and how many sheets to cut!

NANA
Judge whether you got debuffed by the mark on Axie’s head!
Playing guide
Axie Infinity
参考になったらシェアしてね！
Copy the URL
Copied the URL !